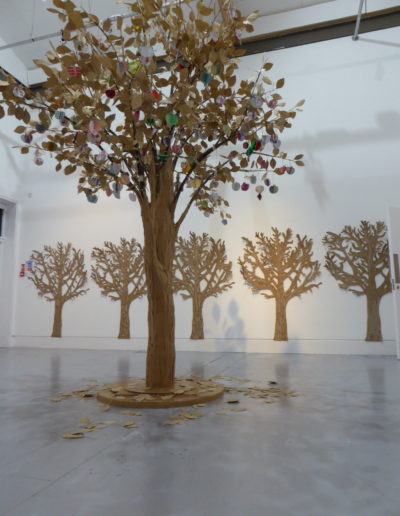 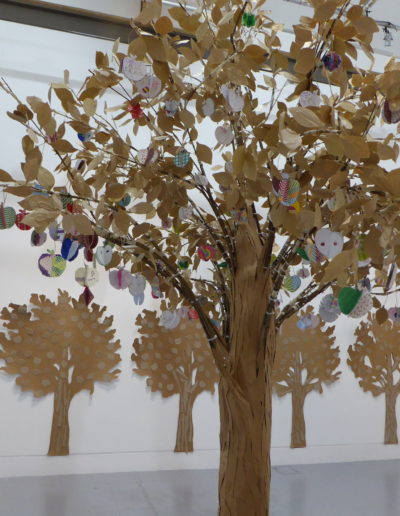 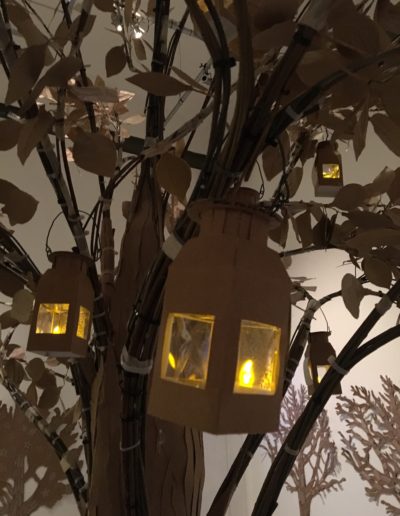 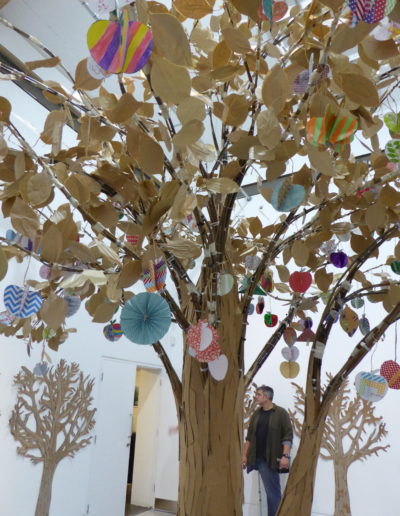 I was commissioned by the Brewhouse, Taunton to build a 4m high cardboard apple tree for their main gallery space, as a celebration of the Somerset cider making tradition. The tree was built during a two-week residency to celebrate the Brewhouse’s 40th anniversary, focusing on bringing the outside in. During the installation, several drop-in workshops were held, to build apples and leaves in order to show the changing nature of the seasons. Cardboard lanterns containing battery powered tea lights were also built during the workshops and installed on the tree to illuminate the gallery space over the darker winter months.

The walls around the room also display tree silhouettes to represent the changing seasons.