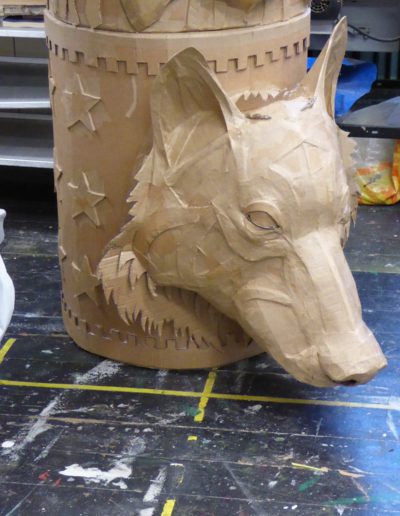 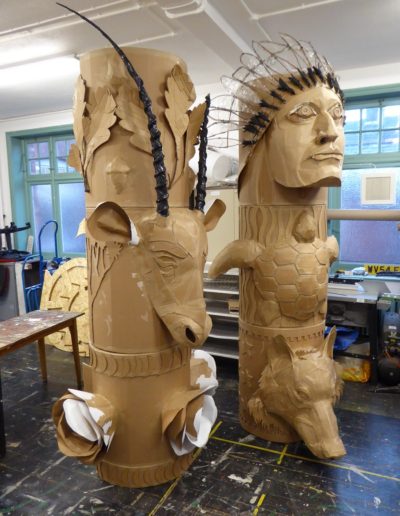 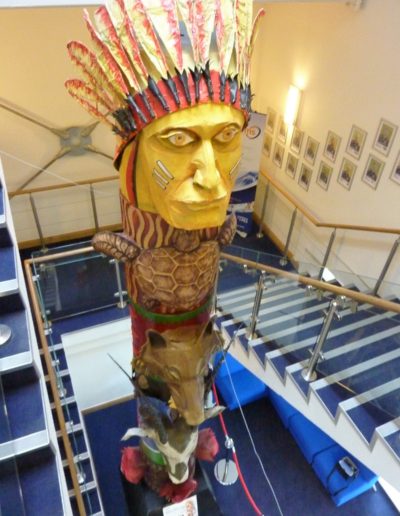 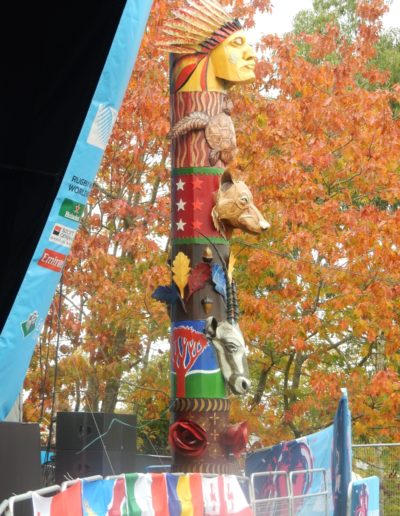 A parade took place through Exeter City Centre to Northenhay Gardens, involving Walk the Plank too, and the Totem Pole was exhibited next to the stage where the games were screened. The totem pole is currently installed at the Sandy Park Rugby Stadium, which is the home of the Exeter Chiefs.