The Art of Recycling, Greenlight Productions, 2017 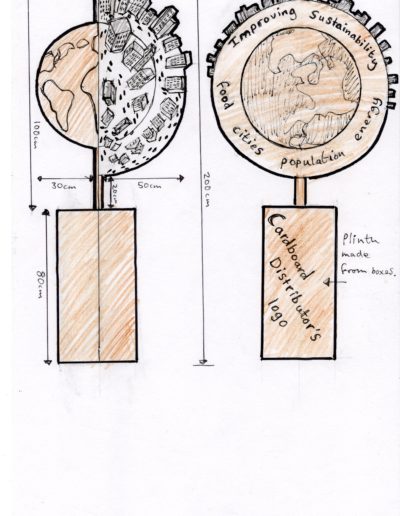 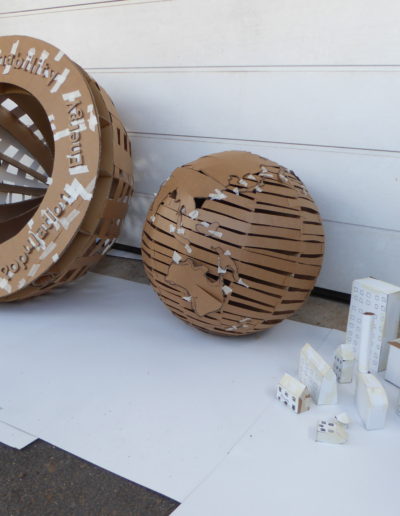 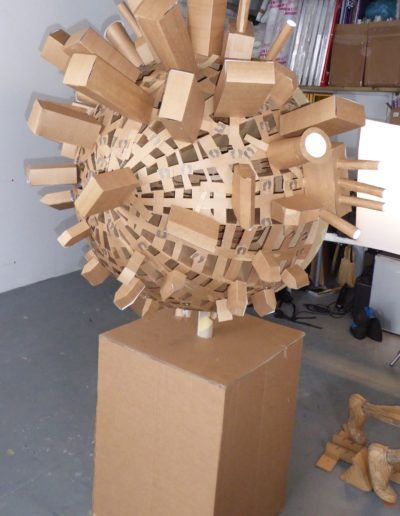 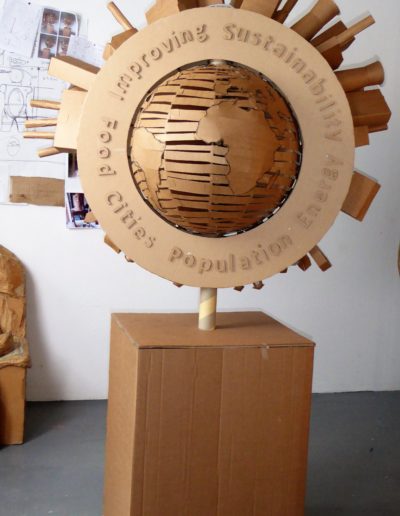 I was commissioned by Rajapack in 2017 to make ‘The Art of Recycling’ and it was created into a short film produced by Greenlight Productions. The title refers to an international campaign called ‘Earth Overshoot Day’ to highlight consumption levels of the earth’s resources. By August 2017 we exceeded the earth’s capacity to sustain demand for resources. I created the surface of the cardboard sphere to contain an urban/industrial landscape with carbon footprints, which increase in size and density… starting at the bottom of the sphere and moving to the top. The finished sculpture is reminiscent of a natural, organic form, such as plant or animal cell structures or fruit/seeds pods. The film was shown online as part of Rajapak’s commitment to recycling.